The Government is increasing the instant asset write-off threshold from $25,000 to $30,000 per asset. Eligibility for the scheme has been expanded from small businesses (up to $10 million in annual turnover) to medium-sized businesses (up to $50 million).

The company tax rate for small and medium-sized companies with an annual turnover of less than $50 million has been lowered to 27.5 per cent. This rate will be lowered further to 25 per cent by 2021-22. 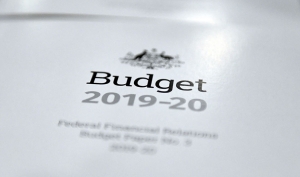 The Government is planning to spend $2.6 billion in Queensland from 2020-21, on what it calls “priority regional and urban transport infrastructure”.

$6.3 billion is committed to helping drought affected farmers. That includes relatively large initiatives, such as $200 million to increase access to income support, and smaller ones, such as a $2.5 million increase in funding to support farmers’ mental health and wellbeing.

to safeguard against future droughts and floods, the government is spending $3.9 billion to create and Emergency Response Fund, which will which will provide a stable source of money to prepare for and react to natural disasters.

$229.9 million over seven years will be provided to mental health services. This will help fund the trial of eight mental health centres.

Another $263.3 million will be provided from 2018/19 to improve access to youth mental health services.

No one knows the needs of a local school better than the school community itself, the Government is providing $30.2 million in 2019-20 under the Local School Community Fund.

The Government is committed to a world-class higher education system and is investing $17.7 billion in the university sector in 2019.