The Government’s proposed Superannuation Guarantee (SG) Amnesty will not proceed.

The Government’s proposed Superannuation Guarantee (SG) Amnesty will not proceed. To recap, the SG amnesty was to be available for the 12-month period from 24 May 2018 to 23 May 2019. To get the benefits of the Amnesty (set out below) employers must have during this 12-month period voluntarily disclosed any SG underpayments that existed in the past (going as far back to when SG commenced in 1992). For an employer, the tax benefits of the amnesty were: 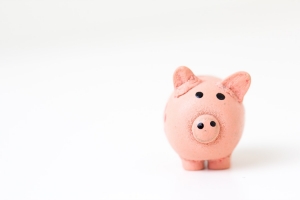 By contrast, under the current law, when SG has been underpaid or paid late, the SG Charge that must paid to the ATO is not deductible, and late contributions that an employer has made to an employee’s superannuation fund and has elected to offset against their SG Charge liability are also not deductible.

With Parliament having been prorogued for the Federal Election, the legislation to enact the Amnesty (which is opposed by the Labor Party) will not pass into law. Therefore, employers who disclosed SG shortfalls during the Amnesty period will be subject to the current law and not enjoy the Amnesty concessions, irrespective of any assurances offered by ATO employees at the time employers made disclosures. The ATO have however indicated that it will exercise its discretion and not apply Part 7 penalties to these employers. The Part 7 penalties aspect of the SG Charge regime did not require a change to legislation as the discretion to waive penalties already sits with the ATO.

Going forward, with super funds now reporting to the ATO more regularly (at least once per month), we would strongly urge all employers to pay SG on time and in full by the quarterly cut-off dates.